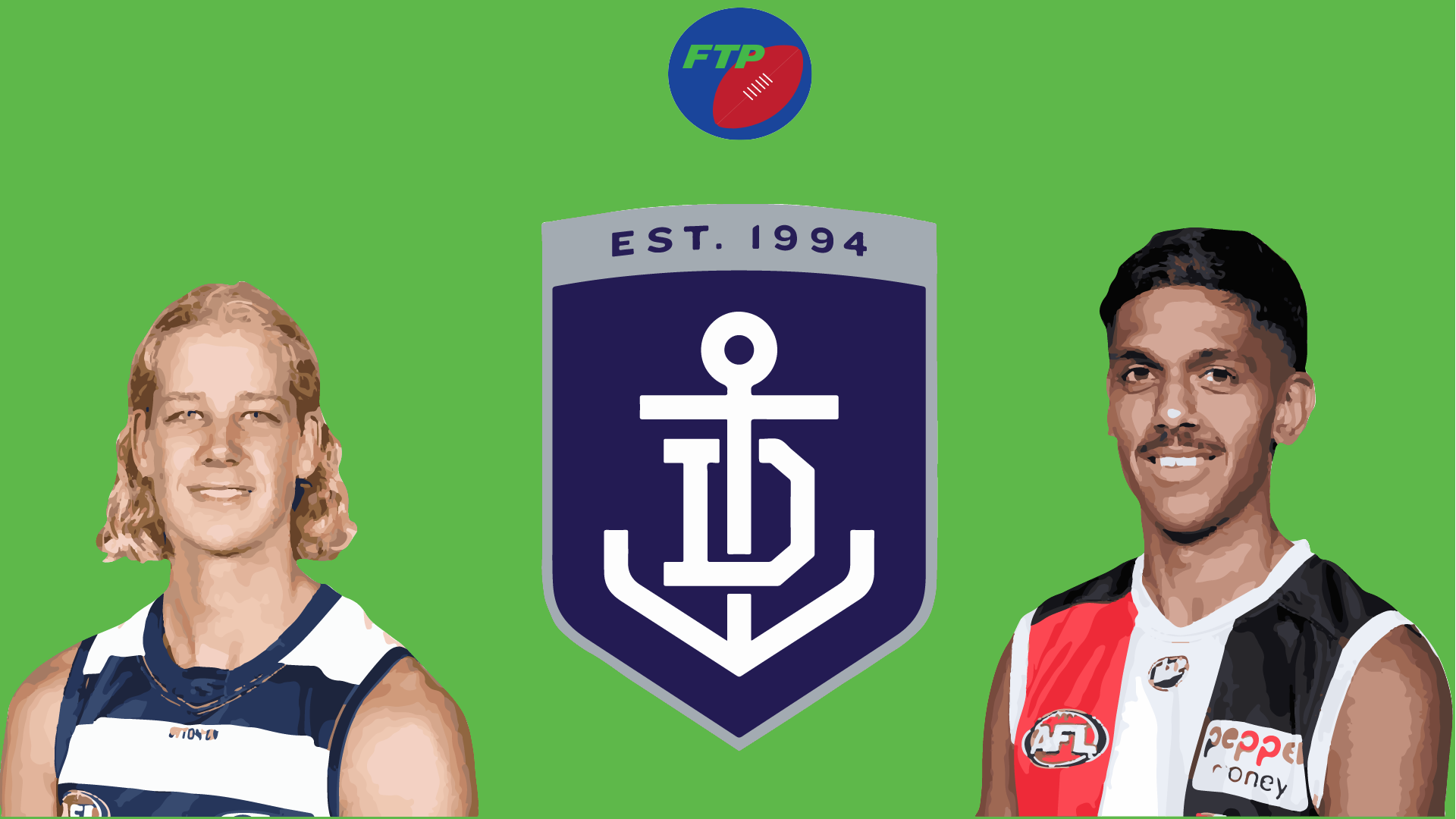 The tactical battle of Saturdays top four clash between Fremantle and Melbourne was fascinating to watch in real time. Fremantle went into the contest with a clear plan, one that predicated on disrupting Melbourne’s defensive system. Melbourne backed in their system, yet Fremantle were successful in creating confusion.

The key tactical decision was to play Griffin Logue, a key defender with no forward experience, as a forward to execute a role on Steven May.

It wasn’t surprising to see the match up at the first bounce - teams have tried to tag May and Lever before. But Logue’s method and strategy throughout the first quarter (before May was subbed out with concussion) was fascinating.

A few notes on the matter:

1. Fremantle knew they couldn’t let May roam without an opponent and play his usual goalkeeper role as the deepest defender. It would limit their defensive transition scoring potential. plus May can be a damaging user out of the back half

2. To counteract the above Logue NEVER left May’s side, regardless of how far away he was from the ball. Here is Logue side by side with May at two Fremantle kick ins. This is very unusual and is almost never seen at AFL level. Teams need that forward representation higher up the ground to provide an outlet out of defence. This was a clear directive from Longmuir.

3. May tried to counterattack the attention by going to Taberner, who was playing on Lever. Early on, it resulted in the four players practically grouping together. This is a win for Melbourne.

4. Fremantle has a dynamic forward line, but a number of their forwards require the ball to hit the ground to be effective (Frederick, Colyer, Schultz, Walters). Logue engaged May to limit his aerial intercepts. Lever often matched up on Frederick or Schultz, who were both became more damaging at ground level as the game went on

5. How impactful was the tag to the overall game?

The last point is impossible to answer. We didn’t get a large enough sample size unfortunately. But the decision to game plan for May, and restrict his ability to play the goal keeper role, was smart from Longmuir.

Melbourne struggled without their usual safety net in transition and were caught out a number times leaking scores from D50 scoring chains. Melbourne historically never allow these kind of transition opportunities.

Other factors were at play. Fremantle were dominant around the ball after half time. At one point they were up 7-0 in clearances when they made their goal kicking run. If they weren’t scoring, they locked Melbourne inside their 50, giving Melbourne a taste of their own medicine.

Melbourne struggled with the loss of May partly due to their usual fire blanket in Tom McDonald not being available to go back into defence, even reverting to Weideman as a last ditch attempt.

Ultimately, the game was owned by Fremantle for three quarters. Their midfield were better on the day and they were able to pick their way through Melbourne’s zone. The Logue move at the very least confused Melbourne and took them out of their comfort zone.

These kinds of tactical decisions are what makes AFL so great, especially when top teams face each other. There’s every chance they meet again later in the year and this will be one of the key discussion points if that day arises.

What are the counters and counter on counters that Melbourne may look to implement when they meet again? As Goodwin noted after the game, it’s a set of information they now have about the match up.

Melbourne will be fine. It would be foolish to read too much into a Round 11 game, especially when they weren’t at full strength. But confidence can do wonderful things for a young team. Fremantle will clearly gain belief from this.

The 2022 season is well and truly alive.

Tom Stewart’s rise to prominence in the AFL is well known. From local football to Geelong’s VFL squad to an AFL second round selection in a matter of years. However, the progress didn’t stop there. Stewart has won three All Australian selections in five possible seasons. It has to be the most successful career in a shortest amount of time of any player in AFL history.

Stewart’s 2022 season has been much of the same. He was dominant in the air against Adelaide, amassing 16(!) marks. Stewart’s versatility is what makes him special. He can play tall or small, as a lockdown defender or as an intercepter. His most impactful role is as a +1 behind the ball, where he is supremely talented at reading the play and always impacts contests in the air. He reads the play a step ahead of most.

But if you haven’t been paying close attention, something intriguing is happening down at the cattery in the midst of another Stewart All Australian campaign. There’s a certain presence alongside him - another blonde haired defender who can do a lot of the things Stewart can. The difference being he is 202cm.

Sam De Koning does things at his height that he shouldn’t be able to do. It (rightfully) has Geelong fans very excited:

De Koning is a terrific athlete. His dexterity and agility at 202cm has allowed him to assimilate into a key position role with relative ease. Most 202cm players are pigeon holed into a ruck role. Not De Koning. He has terrific closing speed to shut down smaller opponents.

If De Koning gets a run and jump at the ball, he’s difficult to contest in the air.

The blueprint of who De Koning can become as a backmen is already evident through his per game statistics. De Koning ranks 20th for intercepts and 8th for contested marks in the AFL as a 10th gamer.

Against Max King, arguably the trickiest forward match up in the AFL, he held his own and showed signs of strength and maturity beyond his years.

Here, a great use of the body to take the dominant position for an easy mark.

Rarely do you see King get beat to the highest point in the air. It's what makes him it so difficult for defenders to contest with. Sam De Koning is a unique exception.

With Naughton on Friday night, it'll be interesting to see if Geelong give the assignment to De Koning early. It would be a huge show of confidence in their young key defender.

With Stewart alongside De Koning, Geelong have found a running mate to go with their most important player. It provides Geelong with added flexibility in how they generate offensive counter attack opportunities from their intercepts.

Geelong went from the worst intercept team in the AFL last year to one of the best this year. A 10 gamer is an integral reason why. Not only is his individual upside immense, he’s a ceiling raiser for a Geelong team that people have cooled on when thinking about grand finalist contenders.

De Koning’s aerial ability alleviates the pressure and attention opposition clubs can send Stewart’s way. If Stewart is tagged, Geelong can manufacture De Koning as a +1 or play him on a small to come off his direct opponent and create intercept opportunities.

Realistically, it isn’t a role that a team should rely upon from a 10 gamer but it’s an option nonetheless. De Koning is a special player with a bright future. He may be more important to Geelong’s final chances than most realise. Let me know if you agree.

St Kilda’s first round selection of 2021, Nasiah Wanganeen-Milera (WM), has an elite skill which has undoubtedly fast tracked his pathway to regular AFL appearances even with his light build.

Of course, I’m talking about his foot skills.

WM has a smooth kicking action with little deviation from hand to foot. He is able to keep his kicks low and gets penetration on the ball so it travels quickly in the air .

Here he directs King to lead to the empty space he has identified in the F50. King leads there, Wanganeen-Milera does the rest.

Playing on a wing, he is the perfect connector from back half to forward half. As damaging as he can be going inside 50, he is just as important for St Kilda exiting their defensive 50. He weights this short 45 kick to Sinclair perfectly, which completely opens up the ground for St Kilda through the corridor.

He isn’t a one trick pony. He has burst ability to break the lines and is becoming more confident using his legs to take space. This doesn't result in anything tangible for St Kilda but you can see how impactful this can be.

It’s a great draft selection from St Kilda. It’s exactly what they need. An outside midfielder who offers a different look with his ball use, creativity and ability to break the lines. Much like De Koning, WM is another young player for an aspiring contender, who just may have a bigger impact than we initially realise. 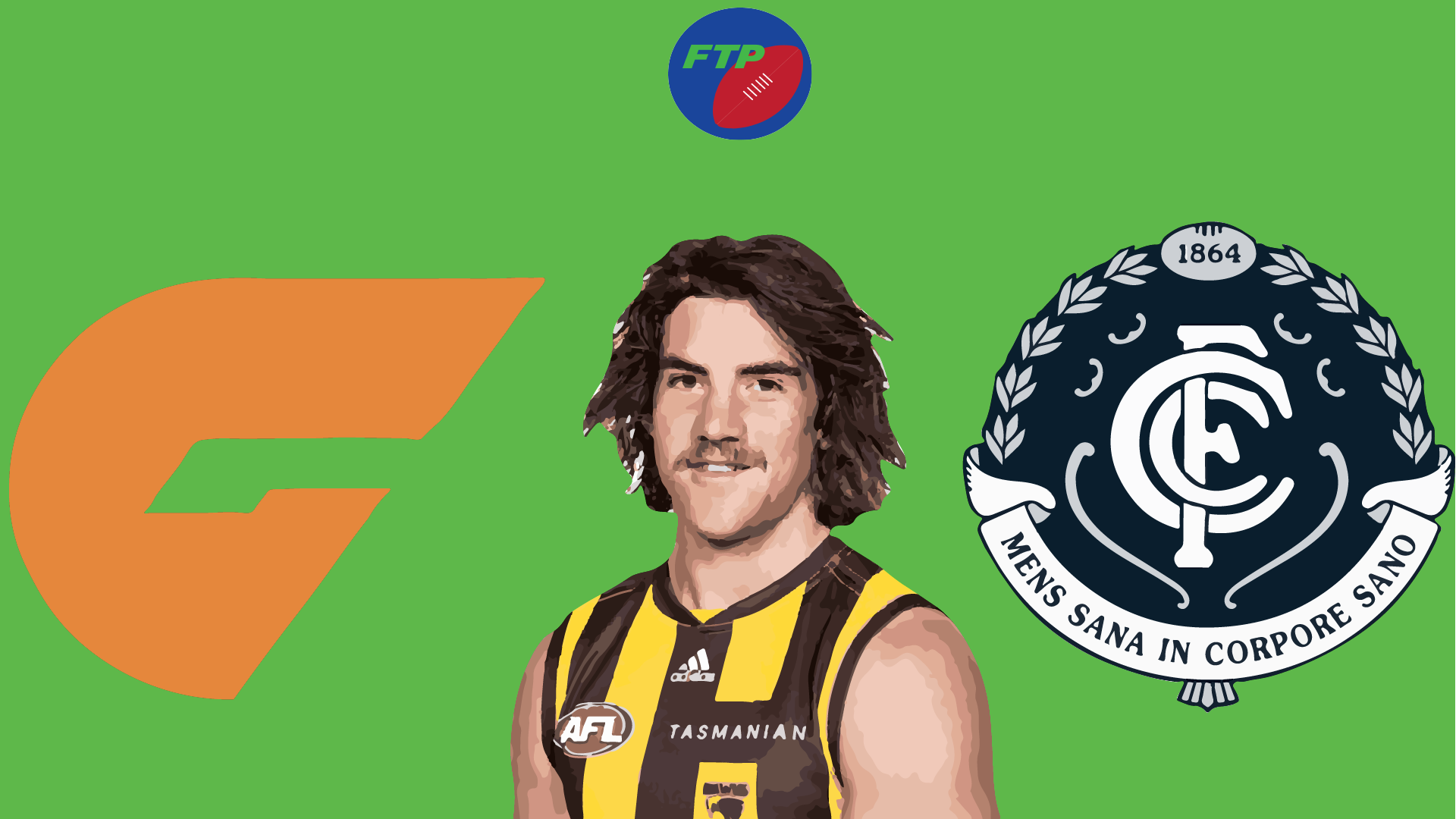 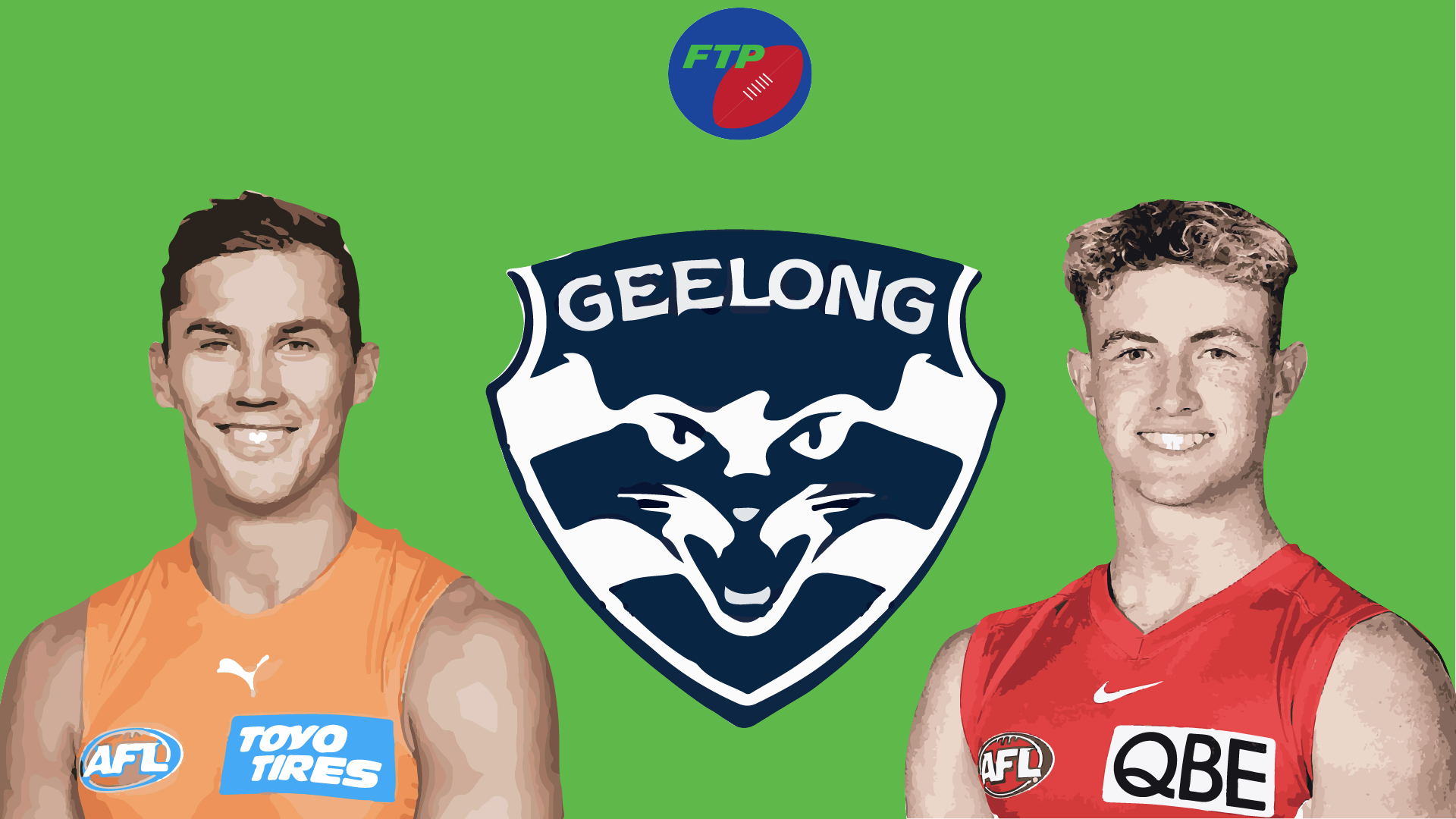