Touk Miller may well be the best midfielder in the AFL. We discuss his ascension and what makes him so great. 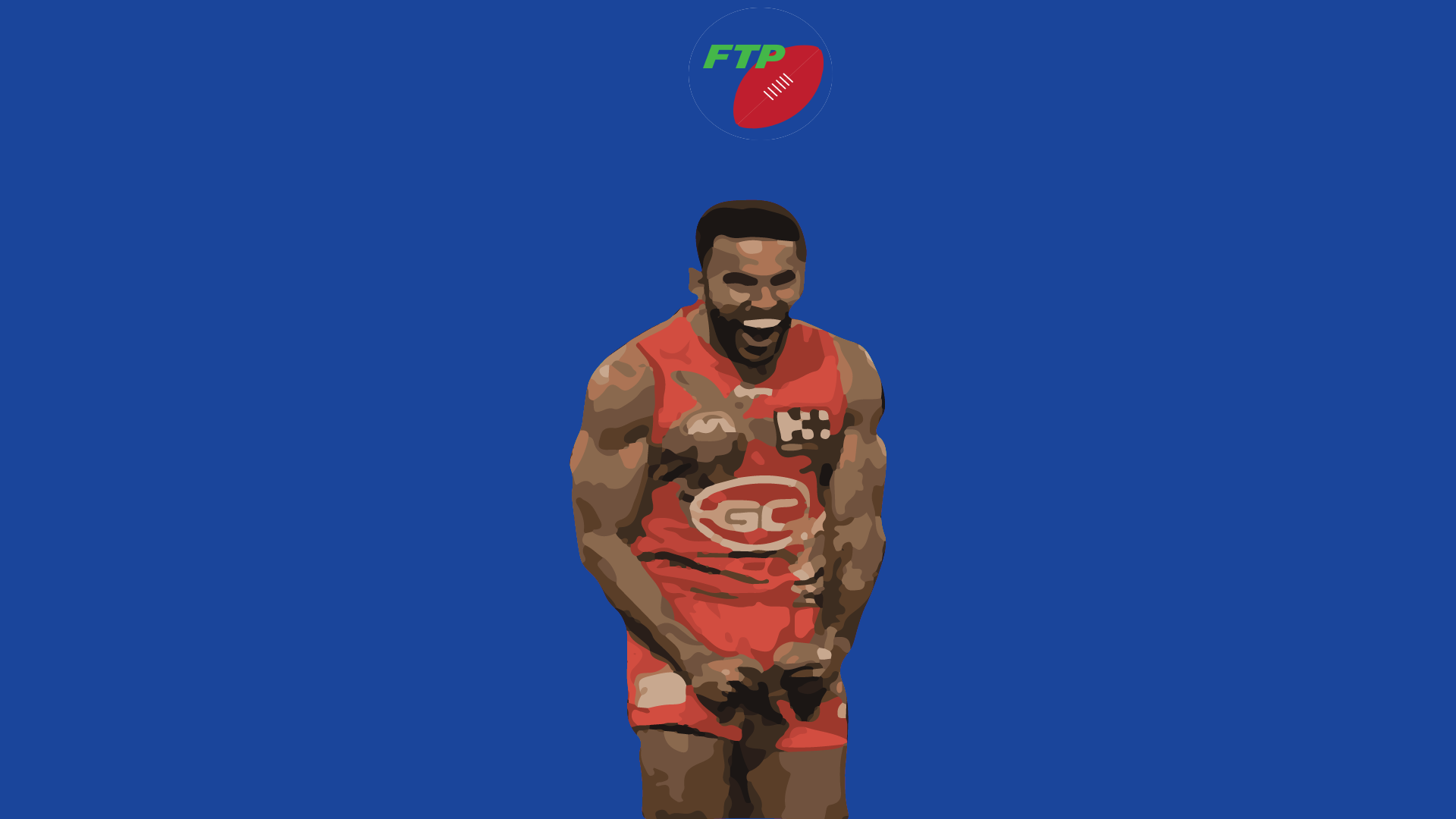 Touk Miller (#11) has ascended into stardom after an unbelievable (and continuing) 2021 season.  Given Miller plays for a recent expansion team, his rise has been less documented or acknowledged by the casual AFL fan. But make no mistake - Touk Miller is one of, if not the best, midfielder in the AFL.

There are so many things that make Miller's improvement admirable - none more so than the fact it has occurred alongside what has been a particularly challenging year for the Gold Coast Suns. As their top midfielder, Miller has been the epitome of consistency whilst receiving the most attention from opposing teams. Miller has averaged 32 disposals (7th in the AFL), 6 clearances, 5 marks, 7.2 tackles (2nd in the AFL), 6 score involvements, 429 metres gained and 0.4 goals a game. Miller is the only player in the AFL averaging 30+ disposals, 5+ marks, 5+ tackles and +5 clearances. In fact, since 2012, the only other players to average such a stat line are Tom Mitchell and Tom Rockliff. Miller is has created his own 30-5-5-5 club whilst playing on a 7 win team. Lets get into his qualities.

Where to begin with Miller? He does everything to such a high standard with few flaws in his game. His biggest strength is undoubtedly his offensive spread either post clearance or in general play. AFL midfielders are aerobic beasts. They run anywhere from 10km to 16km in a single game. That fact makes it even more bewildering when you watch Miller on the spread. He makes other midfielders look slow. His ability to push from contest to contest and provide an outnumber or a marking option for Gold Coast is league best. He's impossible to tag as a result - just ask poor Matt Kennedy who found that out on the weekend. Miller's spread is undefeated.

There's different gears to Miller's running. it isn't just sprint effort from one contest to another. It's maintained. In general play, Miller's jog is a fast paced effort to others. It's a steady state for Miller, which allows to get to so many ground balls (8.7 ranked 15th in the AFL). It's hard to find a difference in his running patterns from the 4th quarter to the 1st. Walsh just didn't want to go with him here.

But there are other players who cover more kilometres than Miller? This is true, but Miller is able to leverage this fitness with a sharp IQ to ensure his impact on games is consistent. It's impossible to measure but it's apparent on the tape. Miller's had 14 straight games of 30+ disposals because he's perfected his running patterns. He reads the play of the game steps before others both defensively and when Gold Coast have the ball - at times pushing to the next predictable contest with pace. I mean, look at this possession heat map for the year  - he's everywhere.

Miller is damaging by foot on the outside. He doesn't have the variety of kicks that others have nor does he have a long enough kick to penetrate over defensive zones but he's elite at hitting up his forwards. Given his low centre of gravity, he's able to keep the ball low and out of the reach of spoiling defenders. He's smart with his placement especially going inside 50.

If we're nitpicking, it's an area he can still get better at. His disposal efficiency numbers aren't amazing (71.9%) but we all know how misleading these can be. Still, Miller could be more adventurous at times with his ball use.

Defensively, he's one of the best in the league. He tackles with intent and always pins his opponents arms. I've never seen this idea discussed anywhere in AFL circles but I think it has some merit. Some players, like Miller, should be praised for how their tackling intent and technique actually generates counter attack and offensive drive opportunities for their teams. Miller's tackles are more than effective - he forces opponents into illegal disposal attempts quite often. He turns opponent control of the ball into a possession win for his team because he tackles with purpose and a great technique (the leg lock in this instance is questionable but you get the point).

The below sequence encapsulates what's so great about Miller. Without the ball - he is ruthless. He presses up to take away De Koning's space. Once he causes the turnover, he stays on the move and gets on the outside immediately. He's spread is rewarded and he hits the kick.

Given how damaging Miller is offensively on the outside, it's actually admirable that he isn't a downhill skiier. The offensive work rate you see is just as prevalent on the defensive side. He locates quickly on defense and 'does his work early', a terminology for players who position themselves goal side of their opponent before they begin their run forward. This allows Miller to get to the drop of the ball and help out his defenders by being the first midfielder back. It's no surprise he is the best defensive pressure act player (13.3) in the AFL.

The one, tiny, little knock on Miller's year is his goal kicking. Whilst this is actually still an improvement in his game, he's only kicked 8 goals this year. But it's a consequence of playing as a pure midfielder in one of the lowest scoring sides of the competition. He doesn't have the forward versatility and marking capability of Bontempelli and Petracca nor even the size of an Oliver (who should play more forward as his career goes on) but that doesn't mean he isn't capable. Because of his stoppage craft and spread, he puts himself in dangerous positions to score. In Gold Coast's last two wins, Miller has kicked 2 goals in both games.

Miller oozes leadership. He senses moments in games and lifts for the occasion. Whilst it was hardly a big game against Carlton, it was a 7 point game at 3 quarter time . Enter Miller, who had 12 disposals at 93% disposal efficiency an a goal in the final term. This is what the best players in the league do.

The rise of Touk Miller is remarkable. It wasn't too long ago that Touk was deployed as a tagger against Dayne Zorko in Q-clashes. Now, Miller's the best player on the field in those games. To the question of this piece, I'd say it's awfully close. The only two that are a smidge ahead of Miller is Bontempelli and Oliver. Bontempelli gets the edge because of his positional versatility, his elite variety of kicks and his goal kicking (24 goals this year). He should win the Brownlow given the large number of clear best on ground performances but Miller is unlucky - in any other year he's likely the favourite. The Oliver-Miller debate is even more tight especially given the similarities in their play styles. I'd just give Oliver the edge because of his superior contested ball winning ability in dangerous areas of the ground, which generates an absurd amount of offensive drive and score launches for Melbourne. (Oliver rank 9th to Miller's 23rd in I50's & 1st to Miller's 12th in contested possession). The exact argument could be made for Miller's stronger influence on the outside of the contest so it's incredible close.

There's so much uncertainty around the Gold Coast Sun's and their future. But make no mistake, they have an A-grade superstar. Touk Miller's the best Gold Coast player we've seen since Gary Ablett Jnr and Miller's 2021 year is reminiscent of Ablett's historic 2014 season (For those that need context on Ablett's dominance - an average of 32 disposals, 8 clearances, 6 tackles and 1.6 goals a game....)

No one would have thought this about any Gold Coast player coming into this season. Miller will be the starting 2021 All-Australian midfielder. He deserves it. 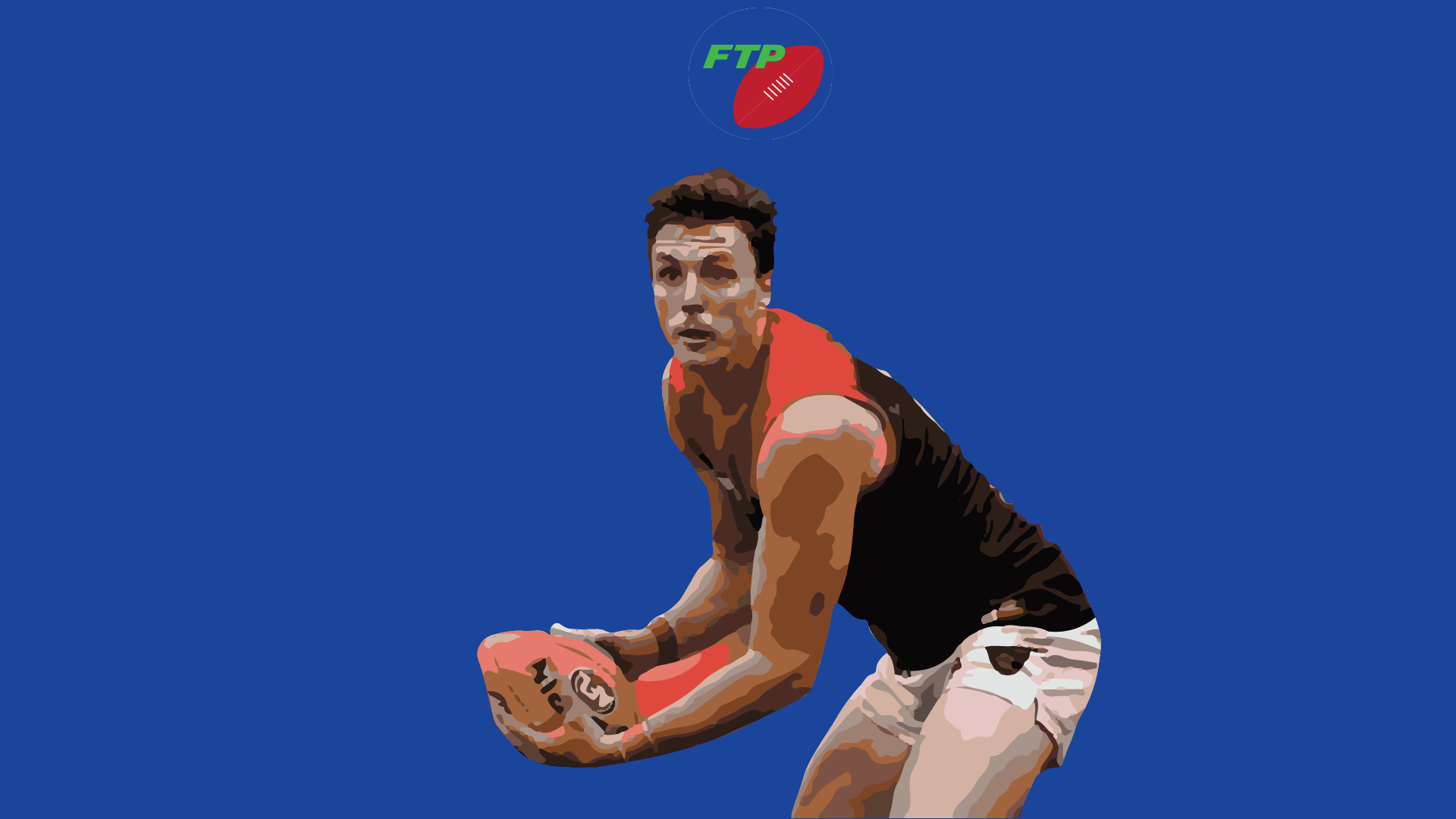 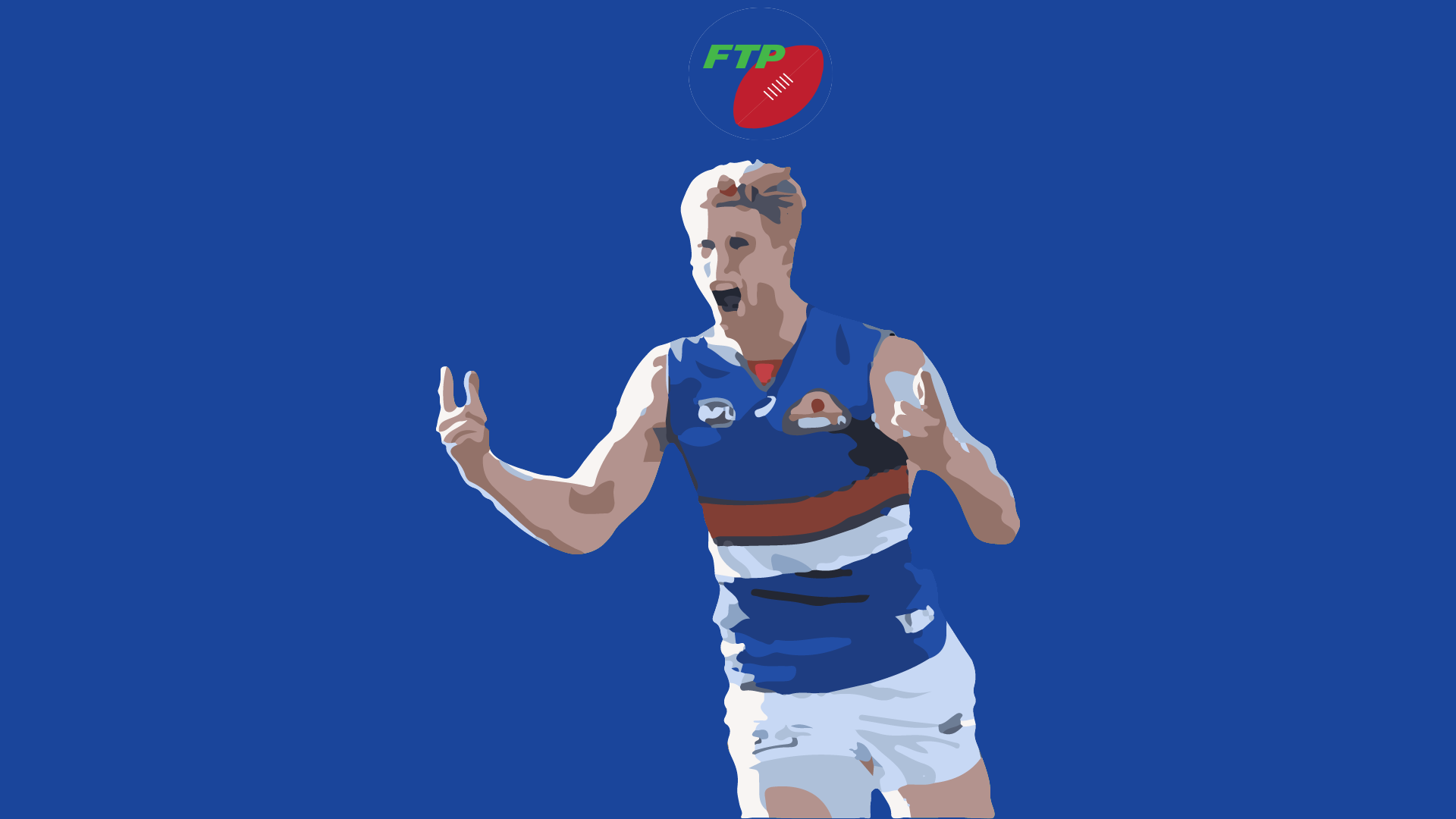 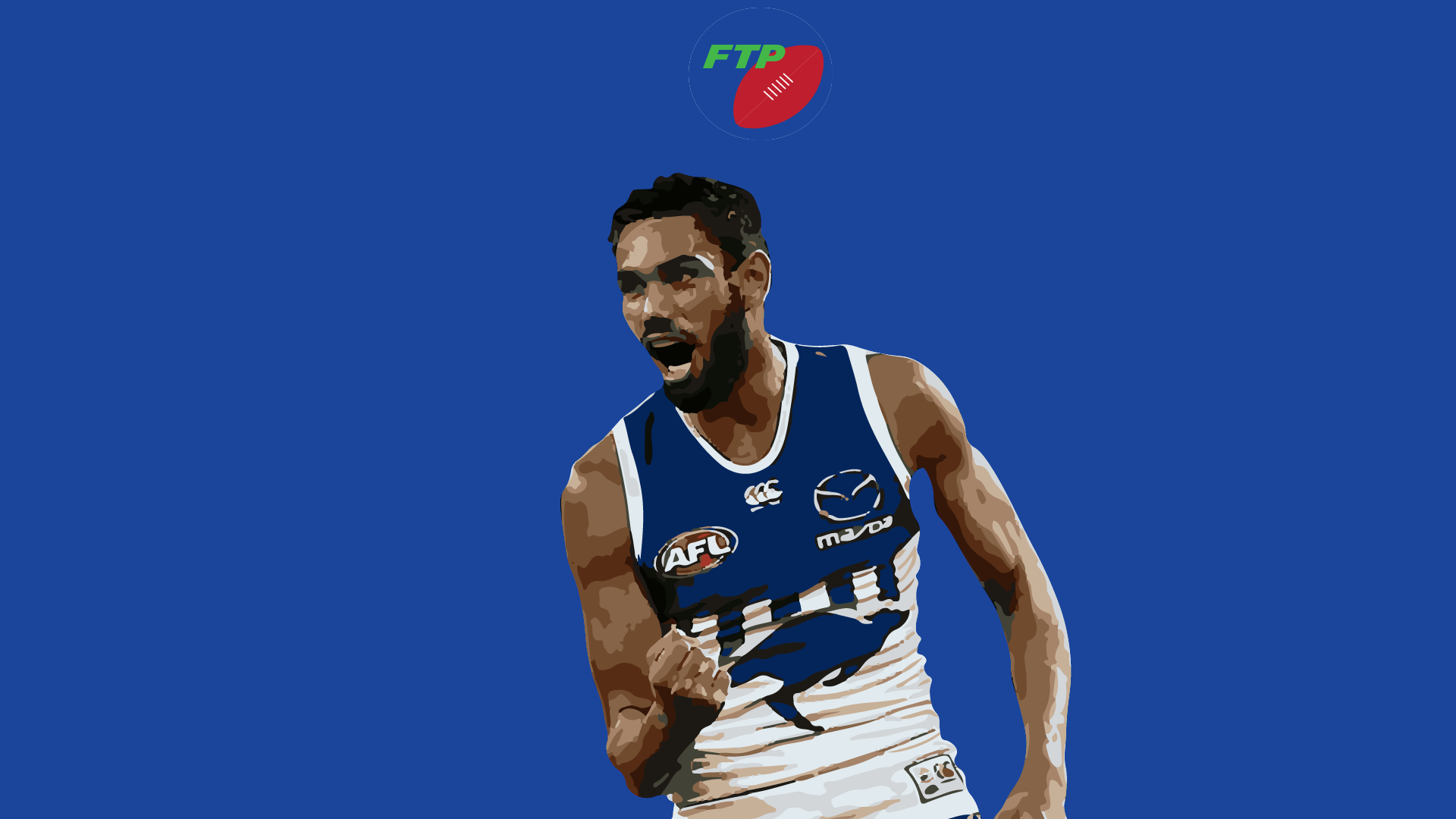